Stonebond Properties’ plans for 89 new homes at Waterbeach Barracks near Cambridge have been approved.

Stonebond will become the first housebuilding partner on the site, which is being transformed by master developer Urban&Civic into a major new community of 6,500 new homes. The Stonebond homes include apartments and houses ranging from one to four bedrooms, built in mews and terraced styles, with some larger detached family homes also available. The development will also provide 28 affordable homes, developed with South Cambridgeshire District Council’s Housing team and managed by housing provider Longhurst Group.

Sustainable measures built into this all-electric development include vehicle charging points for every house and rainwater harvesting. Stonebond will also be working with Urban & Civic to support local suppliers and sub-contractors where possible throughout the construction period.

As part of the first phase of development, the first significant piece of infrastructure to be delivered will create a cycle connection directly to Cambridge Science Park. The first phase also includes a Sustainable Travel Hub, which will connect with new Park & Ride services to Cambridge, shuttle bus services to Waterbeach Railway station, and bike and e-bike hire.

“We’re very pleased that our plans at Waterbeach Barracks have been approved and we’re looking forward to working with Urban & Civic at this hugely exciting new community. Delivering more mixed-tenure developments, such as this one, and working with housing providers, local authorities and master developers, are a key part of our ambitious plans for growth.”

“This is an important milestone for the development of Waterbeach Barracks and Stonebond is the perfect partner to deliver our first homes. It is very exciting to now move these homes forward alongside the landscape and play areas our contractors are already delivering on site. The Stonebond team have worked tirelessly to create bespoke designs which reflect our commitment to sustainability, community and enduring quality and we look forward to welcoming our first residents next year.”

“In Committee, we debated important points raised by residents and Parish Council, this was important as this will be the first parcel of buildings of the development. We are pleased to have supported these plans which will see the first new homes come forward as part of this carefully-planned new town. Almost 30 of this first batch of homes will be affordable rent, shared ownership, rent to buy and discount market sale, helping local residents step onto the housing ladder. The scheme will deliver a community that looks nice too; it’s a high-quality design created by an award-winning architect. Protecting the environment is also a key consideration; no gas is planned for the site and instead, there will be air source heat pumps and electric panel heaters. The cycle routes will help provide good links with other parts of the town as they come forward and existing routes within the village of Waterbeach. Each house should be provided with an electric car charging point, and we expect to see planting with a mix of edible fruit trees and wildlife-friendly species too. Half of all buildings are planned to incorporate bird, bat and insect boxes with fences designed to allow animals like hedgehogs to freely move between gardens. All of this shows a commitment to achieve the highest standards in line with our own Zero Carbon and Doubling Nature ambitions.” 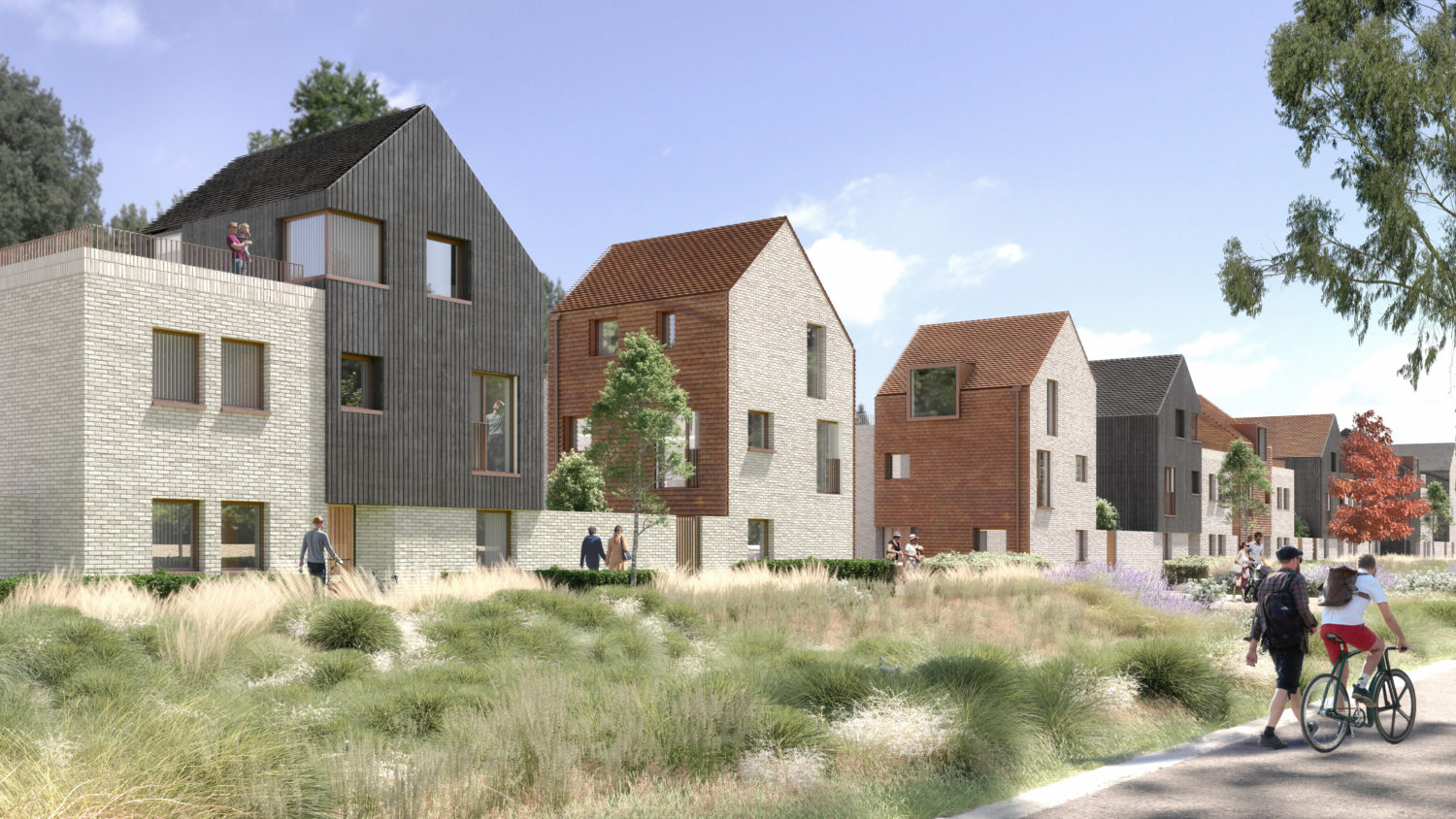 Back to news
Back

This website uses cookies to improve your experience while you navigate through the website. Out of these, the cookies that are categorized as necessary are stored on your browser as they are essential for the working of basic functionalities of the website. We also use third-party cookies that help us analyze and understand how you use this website. These cookies will be stored in your browser only with your consent. You also have the option to opt-out of these cookies. But opting out of some of these cookies may affect your browsing experience.
Necessary Always Enabled
Necessary cookies are absolutely essential for the website to function properly. This category only includes cookies that ensures basic functionalities and security features of the website. These cookies do not store any personal information.
Non-necessary
Any cookies that may not be particularly necessary for the website to function and is used specifically to collect user personal data via analytics, ads, other embedded contents are termed as non-necessary cookies. It is mandatory to procure user consent prior to running these cookies on your website.
SAVE & ACCEPT